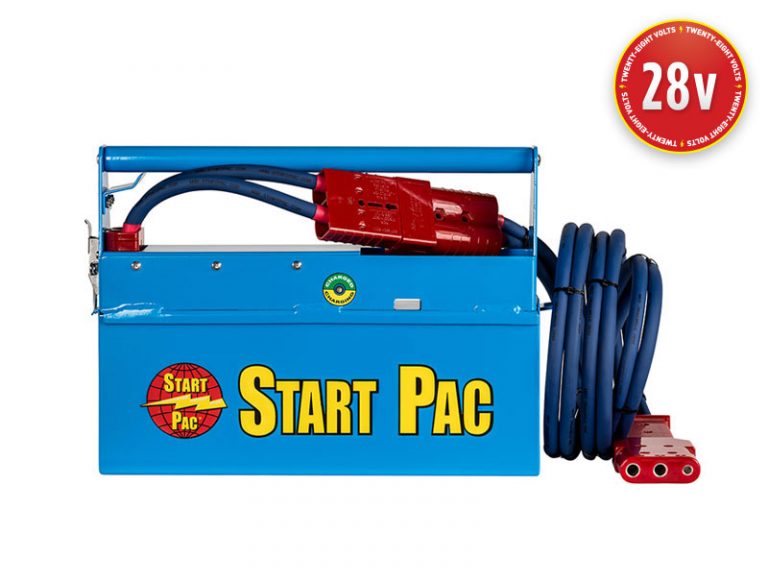 APUs and GPUs provide power to an aircraft in their own unique ways.

You may be familiar with lithium ground power units and auxiliary power units, but can you truly separate the differences between the two? This article will provide insight into how each power unit functions and when they are utilized.

An auxiliary power unit, or APU for short, is installed within the aircraft to provide a substantial amount of power to the electrical system to supplement the generator. You can look at an APU like a turbo shaft engine that essentially runs on aircraft fuel. In certain helicopter models, the APU tends to drive the main transmission’s accessories to create enough hydraulic power for the pilots’ flight controls – as well as feed the aircraft’s main electrical power source.

A ground power unit, or GPU, is a portable version of an APU. Available in a 24 or 28 volt battery pack and up (depending on the aircraft), a GPU is designed for mobility and convenience. Often times at airports, GPUs are moved from one parking place to another and many of them run off diesel fuel. It’s essentially a cheap and efficient alternative to supplying a steady amount of power to an aircraft during long periods of ground operation.

The electrical output and utilization of both APUs and GPUs vary based on the aircraft design. In some cases, you’ll see the aircraft being powered by both systems. In other aircrafts, the system will detect which type of power unit is being used and will direct the power accordingly.