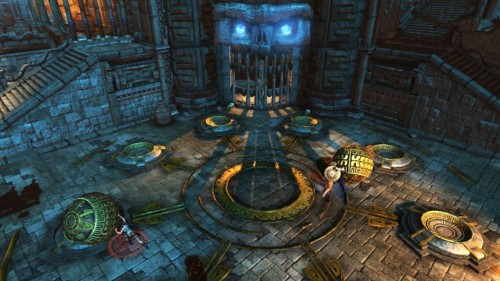 We live in a world that is increasingly technological. A wide variety of platforms are available to be exploited by the game developers. Still there are limited downloadable games that can be played on single platform such as WiiWare or Live Arcade. This may not be a bad idea. Game developers can use one platform to gauge the success of the game while they are developing the game for other platforms such as mobile phones. The Anomaly: Warzone Earth is a prime testament to the success of this strategy.

For many months now, we heard that Quantum Conundrum will be the next to be available for download. The game lets the player shift between five dimensions in order to progress through a wacky mansion owned by your uncle. The game is developed by the team of Airtight Games.

Next fun play will be World Gone Sour. It takes you through a world of human-sized objects that are too big for the gooey little guy; that is you. This game comes with a friendly two-player co-op mode. The game is developed by Capcom and is expected to be released shortly for consoles and the PC gamers can check out the game now.