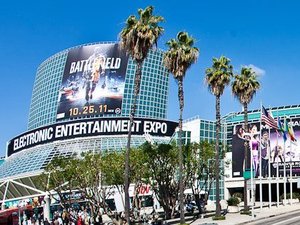 The Electronic Entertainment Expo commonly known as E3 Expo which began in 1995 held in Los Angeles once a year. Show is owned by the Electronic Software Association (ESA). From Sony which was featured in the first Expo in 1995 with its Play Station video game player to Microsoft, Nintendo and many others use the Expo as the launching pad to unveil new games and equipment. E3 is the world premier for computer as well as video games. The Expo is not open to the public and only limited to professionals from the industry.

The 2012 E3 Expo is held at the Convention Center in Down Town Los Angeles from June 5 to June 7, 2012. There are 201 exhibitors for the 2012 Expo including the behemoths like Microsoft, Nintendo, NVIDIA, Sega and Sony. So far Nintendo announced 23 new Wii U titles, Netflix and Hulu Plus support. New games for Wii U include next generation of Mario and Super Mario Brothers U. Samsung’s cloud based games can provide the same quality that we get in console on its smart phones. Sony announced its Interactive Book Controller and new games. Microsoft highlighted improvements to Xbox 360 with its smart glass and the biggest line of new games.

« Downloadable Games
Tech supporting BYOD ‘not quite there’ »