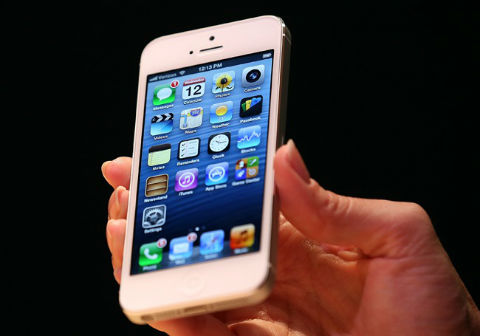 iPhone 5: Will Apple Include NFC Tech In Their New Phone?

With the iPhone 5 announcement coming next month, there have been dozens of reports about Apple’s newest mobile device. The newest one today discussed whether or not a NFC chip will be installed in the new iPhone 5. For those of you who are unfamiliar with NFC, or Near Field Communication, technology, a NFC chip allows you to make purchases using your mobile device. Essentially, an NFC chip turns your phone into a mobile credit card. While NFC technology has taken off in Japan, it hasn’t been as popular in the United States. Many analysts attribute this to the lack of security attributed to the NFC technology; the idea that credit card information can be stored on phones, and transferred wirelessly, makes American’s uneasy. Apple has been trying to beef up security for their iPhone’s, purchasing fingerprint security company Authentec last month. But will the iPhone 5 have NFC technology?

Apple might use the iPhone 5 to introduce NFC technology to their mobile phone line because it makes sense for them to. Other companies, like Google‘s Android, have introduced NFC technology in their phones. Android unveiled a new feature called the Google Wallet, which allows you to purchase items by holding your Android phone over a Google Wallet terminal, available in many stores. With the new iPhone 5, Apple needs to make sure they keep in pace with Google Wallet, and is doing so by introducing Passbook in iOS 6, the newest operating system for Apple mobile devices still in development. According to the Washington Post, the Passbook, with NFC technology in the iPhone 5, can help Apple’s iPhone compete with Android phones:

“[Passbook] will allow users to store loyalty cards, concert tickets, airplane tickets and other passes digitally. Add the ability to pay for things directly from the phone [NFC technology], and Apple will have a direct competitor to Google Wallet, and with a much more influential block of the U.S. smartphone market.”

Apple has a unique knack of making high-tech, seemingly niche technology, popular with the American public. Take the iPad for example. Tablet technology has been produced by Microsoft for years, but most people didn’t find it appealing at all, and sales for Microsoft tablets weren’t extraordinary by any means. But, when Apple introduced the iPad in 2010, they were able to make the technology popular with the average American, and the iPad became one of Apple’s most popular products. Apple can do the same with NFC technology as well. While they aren’t the first mobile phone to implement this feature, they will be able to spin it and make it sound like a revolutionary idea. While there isn’t a high demand for NFC technology in America yet, Apple has the ability to create the demand and keep up with the competition.

Earlier today, reports surfaced indicating Apple might not use NFC technology in their new phone. According to CNet:

“Given the primarily metal backside of the new iPhone, it’s highly unlikely that NFC is in the cards for this generation,” the technology review site said. “In fact, given the very little space at top and bottom dedicated to those glass RF windows, you can almost entirely rule it out.”

This report comes as a surprise for those anticipating an NFC chip in the new iPhone. But, it makes sense. Since NFC technology isn’t gaining any popularity in the States, Apple isn’t exactly rushed to include the feature in their new phones, even if their competitors have started using the technology. Also, the iPhone 5 is rumored to be vastly different from its predecessor, the 4S. Not only will the screen be much larger and the device itself, thinner, but new features, like an updated Siri and iOS 6, make it already enticing to potential customers. Apple doesn’t need NFC technology to make their iPhone 5 more appealing for customers, and the public doesn’t yet consider NFC technology a “make-or-break” feature.

There have been multiple reports saying that Apple will both include an NFC chip and that they won’t do so in their new iPhone 5, but no one knows for sure. While Apple might introduce NFC technology in the iPhone 5, they isn’t really a need for them to do so.

Apple will be announcing the iPhone 5 on September 12, according to reports.